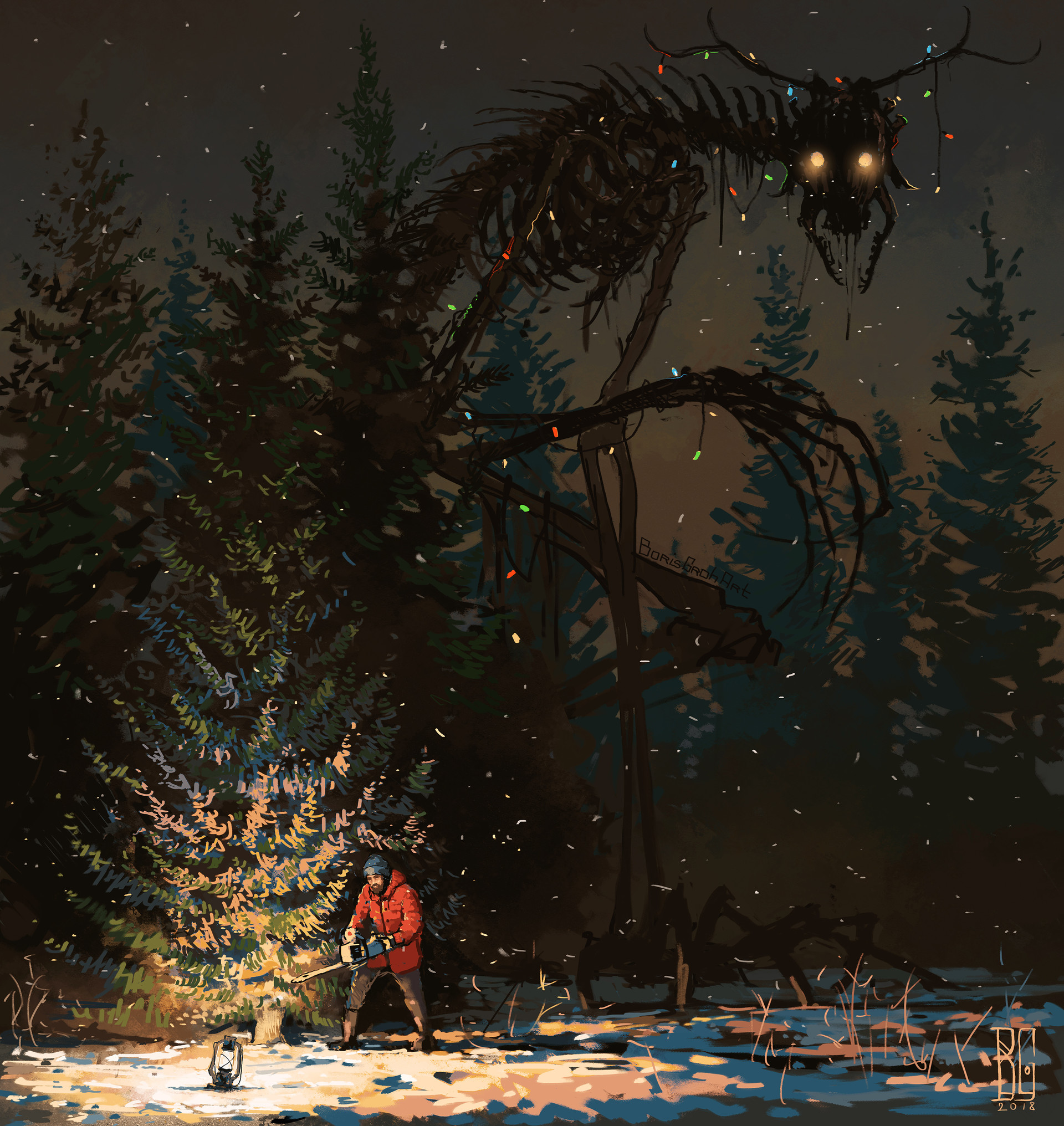 Season’s greeting, creeptsers! It turns out the blog writing assignment in my class is a 2-parter, so I’ve decided to embrace the festiveness of this time of year with some good old fashion holiday fear. In my last post, we explored a wonderful Christmas tradition where people would gather ’round the Christmas tree and tell ghost stories. Good times, right? And I think most of you will agree that this is a tradition that definitely needs to come to pass once again. So, in keeping with our spooky little holiday theme, tonight we’ll be taking a look at some of the creepier Christmas traditions from around the world. And, I gotta tell ya, it isn’t just the weather outside that’s frightful. Let’s get started . . .

Just stumbled across this gem today. I mean, who better to spread a little good cheer and look unhappy about it than Dee and Lzzy? Amiright?

Creepy Traditions
(sure to keep the holiday fear lasting all year)

The other day I came across a Facebook post titled, “Tis the Season for Bullying.” And then it preceded to list all the ways American parents bully their children around the holidays in attempts to “scare” them into being good or “no presents for you.” Okay. Okay. So they’re disapproving of the Elf on a Shelf “watching and reporting back to Santa” whether kids are being “naughty or nice.” Hell, even I disapprove of that little elf! Dudes, he’s creepy! If I were to worry about any negative emotional outcomes from having that thing “moving” every night while your children sleep it would be a deep-seated fear of dolls — maybe even Christmas! Anyway, I had to chuckle when I read it because I had already begun my research for this post. And all I have to say is, compared to some of the traditions I found, our season of “bullying” our children into being good is — well — child’s play.

So, apparently, every year at Christmas time trees are decorated with spider webs and spiders in honor of a mythical spider (not Spiderman, dudes). Legend has it that spiders heard the children cry when no decorations for their tree could be bought, so the spiders came in the middle of the night and wove a web around the tree of a poor family. And when the morning sun shone on the tree, the webbing turned to silver and gold and the family became very wealthy. Hmmm, starting to rethink my aversion to spiders! Also, if a spider is found in your Christmas tree, it’s believed to be a sign of luck. Suuuuure. That’s immediately where my mind goes when I find a spider in my Christmas tree!

Italy and the Christmas Witch

If you ask the children of Itlay if they’re excited for Santa to come on Christmas Eve, chances are the response will be, nope! Because the Christmas tradition in Italy doesn’t have Santa delivering toys and candy to good little children on Christmas Eve but a wich named Befana instead. She’s a good witch. Unlike those witches in Norway that steal household brooms on Christmas Eve!

Ah, yes, good ole Krampus. The antithesis to Santa Claus. The stuff of nightmares (and great horror movies), tah be sure! But quite honestly, he isn’t the scariest (or worst) of the creepy Christmas traditions. Nah, that one I saved for last! Don’t read ahead! Keep your eyes right here . . . Anywho, Krampus (as many of you creepsters already know) is half goat and half demon and is believed to be the son of the Norse goddess Hel. Always adorned with chains and bells, he walks through the towns looking for naughty children he can beat with his big bundle of sticks. And if a child is found to be extra naughty, Krampus takes them back down to the underworld to live with him.

Goddess, witch, terrifying hag! All words that can be used to describe this Christmas legend. She pre-dates Christianity but somehow is not as well known as Krampus. Which, surprises me since legend has it that she leads an army of demons that bear a remarkable resemblance to Krampus. There a many really terrifying and odd tendencies that she is known for (and if you’d like to read more about her, click here) but since this is all about creepy Christmas traditions . . . good children can expect to be rewarded with candy, but if they’re bad, she’ll slit their belly, pull out their organs, and replace them with straw and stones. Now, imagine being a child and raised on stories of Frau Perchta every Christmas!

Who needs a drink after that walk down creepy lane? Here’s a cocktail that is better known as a Halloween beverage, but in the spirit of connecting with the spookier side of Christmas, I think it’s a good fit. And, another thing I’ve seen on Facebook is the Christmas bourbon exchange. So, you might want to check it out and then you’ll be having blackberry cocktails for days upon days!

To make the cocktails: 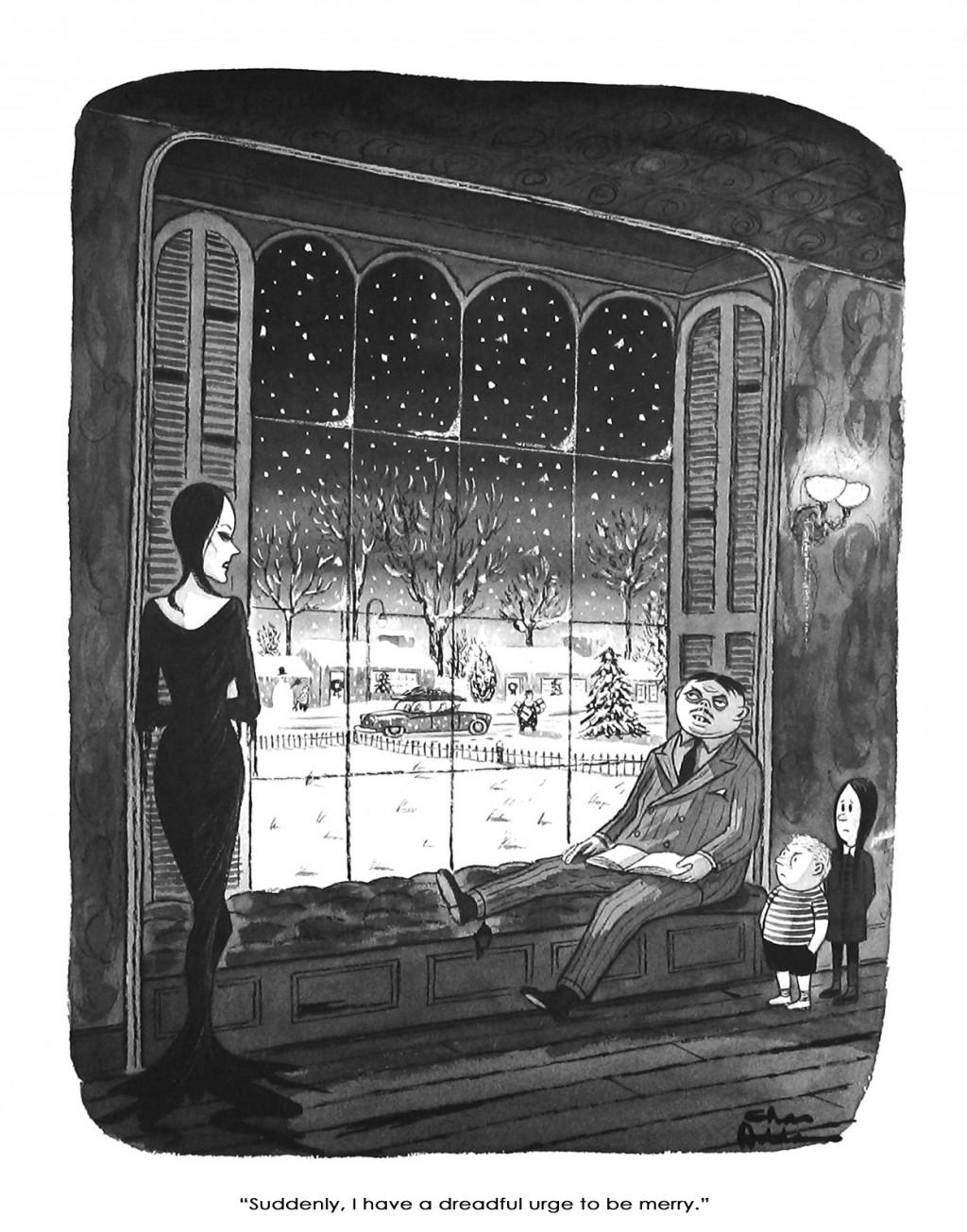