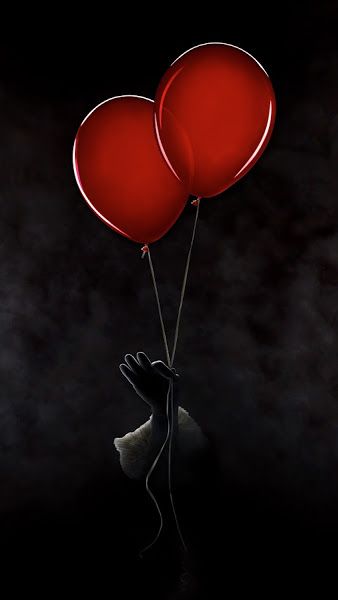 Dudes, I canNOT believe I’m actually doing a clown post! Now anyone who’s read the “about author” page (or is in their own personal hell because they actually know me), knows that I have a tremendous dislike for clowns. Fear. It’s actually a straight-up fear. I’m scared of stupidass clowns. This dislike/fear/whatever goes waaaaaaay back to my childhood. This is the part where my therapist would have me following this thread all the way back until we figured out where/what originated this fear. Well, she’s not here and we’re not going to do that so game on! When I was a wee lass my mom had a painting of a couple of clowns that she had painted hanging over my dresser in my bedroom. 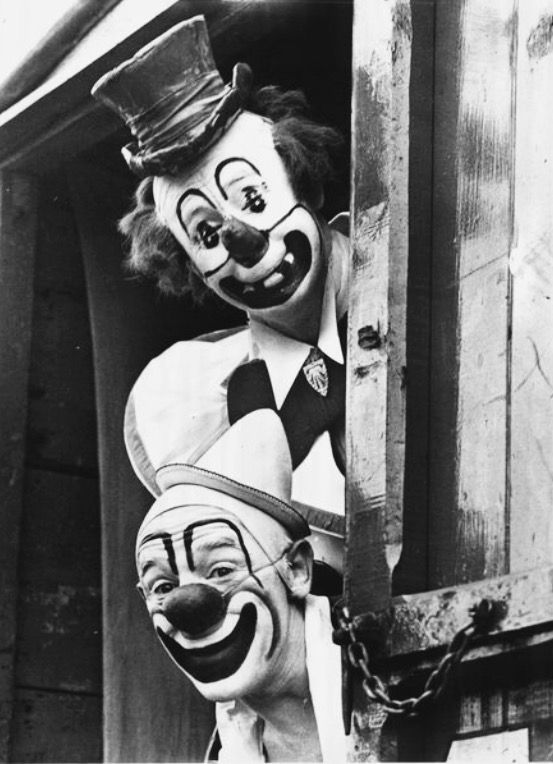 Now, just to help you get some kind of visual, the clowns in the painting looked something like this. Ohmydammit, just trying to find a picture like this has me nauseous and shaking. Help meh! Creepy—right?!?! And every night I’d lay in bed and those assholes would be grinning menacingly at me and I couldn’t take it, so I’d launch a shoe or toy or whatever and knock the painting off the wall where it would always successfully fall behind my dresser. It wasn’t until I was an adult that I told my mom the story and she admitted that it perplexed her as to how the painting always managed to fall off the nail. Yeah, it was me, thanks for unknowingly feeding the phobia. If you ask my kids how many circuses I brought them to in their childhood the answer would be one. They’ve actually been to three total, but I did not bring them to any after the first one. I thought I could handle bringing them. I was wrong. Then there was the time in high school when I tried reading the book, It by Stephen King. I stupidly thought it would be safe to read because then the imagery wouldn’t seem so palpable. I. Was. Wrong. So very wrong! Curse my vivid and rampant imagination!! I remember the moment clearly: Late at night, laying in bed, reading by flashlight, and then I came upon these words.

“Then the clown’s face changed. And what little George Denbrough saw next was terrible enough to make his worst imaginings of the things in the basement look like sweet, angelic dreams; what he saw destroyed his sanity in one clawing stroke. And George knew no more …”

Yep—bye! I stopped reading it. Then when the made for TV movie came out in 1990, I tried to watch. I watched behind a chair, peeking beneath a blanket, peering out half-hidden in a doorway—and what I actually saw of Pennywise scared the shitake mushrooms outta me. Why you may ask, would I keep subjecting myself to something I clearly fear so fully? Because I’m a firm believer in conquering that which you fear. It elicits growth or some dumb shit. I now, however, am also a firm believer that some fears should just be left alone. This is one of them. So why am I putting myself through this torture to produce a quality post about clowns for you? Because my besties’ (Jen’s and Randi’s) daughter (Skyler) is a dancer—a pretty amazing dancer at that—and her solo this year is to the song “Every 27 Years” (today’s SOTD, her version is minus creepy kid voice). When she told me this, I was so damn excited because hey, just because I hate clowns, doesn’t mean I’m not a big fan of creepy shizz. And it was then that I told her I would do a post centralized around that stupidass clown, Pennywise, and dedicate it to her. So Skyler—this one’s for you.

Gaaaaaaah! Cahreeeepy! I seriously cannot wait to see her dance!! 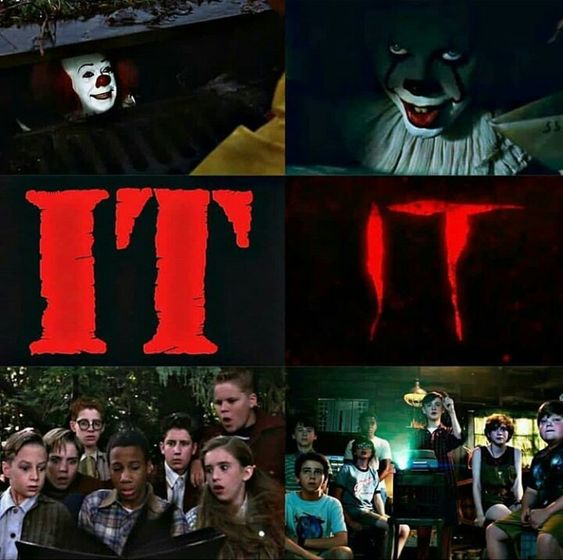 So, fuckin’ clowns—amiright? That’s why if I have to see this post through I thought, let’s at least make it interesting. Just who is the baddest muthafuckinclownaround? The OG (Tim Curry) or the reprisal dude (Bill Skarsgard). Now if you read my posts like all 5 of my avid followers do, ya may have an inkling as to which way the scales are tipping. If not–you suck–try harder! I joke—sorta. See, bats and ghouls?? This is why I don’t write about flippin’ clowns; they got me all stressed and weird. Do you have any idea how many times I’ve had to stop and start researching for this post because I keep creeping myself out? A lot!  I think we should just get on with it here before I really lose my shizz.

In this corner, we have the OG Tim Curry 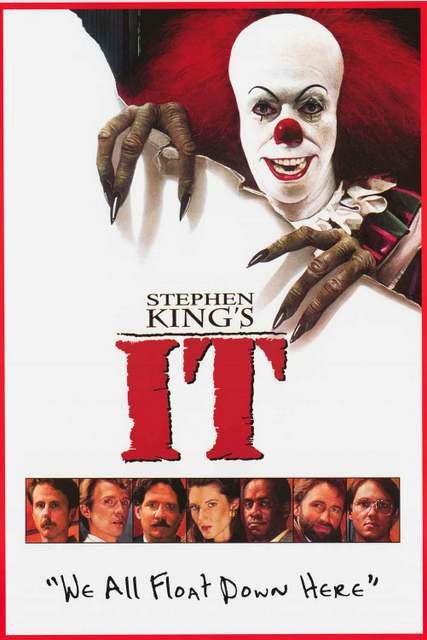 This Pennywise is the baddest motherfucker
in town–and he knows it.

Curry’s version of the clown is funny–intentionally.
So many good, quotable, corny one-liners!

In this portrayal, we see a clown who simply loves
being a clown–in simply the most malevolent and
disturbing of ways.

Breaking down the Losers Club with their own
anxieties and fears because he knows his prey. And in this corner, reprisal dude Bill Skarsgard 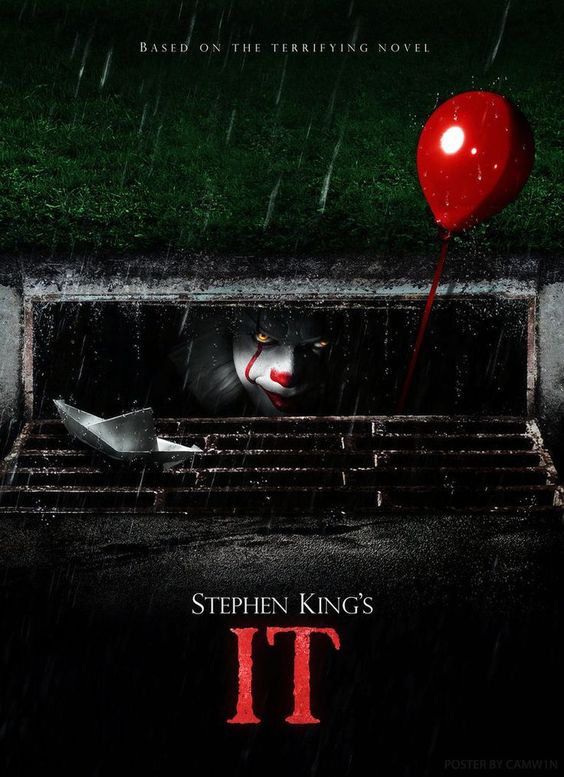 Vibes more with the extraterrestrial persona than the dancing clown.

This dancing clown is a badass but he wonders if he’s “bad enough.”
He wonders–Does everyone fear me? Or do I need to be badder?

Skarsgard’s clown is supposed to be more menacing but there are times
when it feels more amusing than threatening.

Skarsgard cannot capture the essence of delivering a corny one-liner
in such a way that it chills one’s blood.

Breaking down his prey with good ole jump scares. 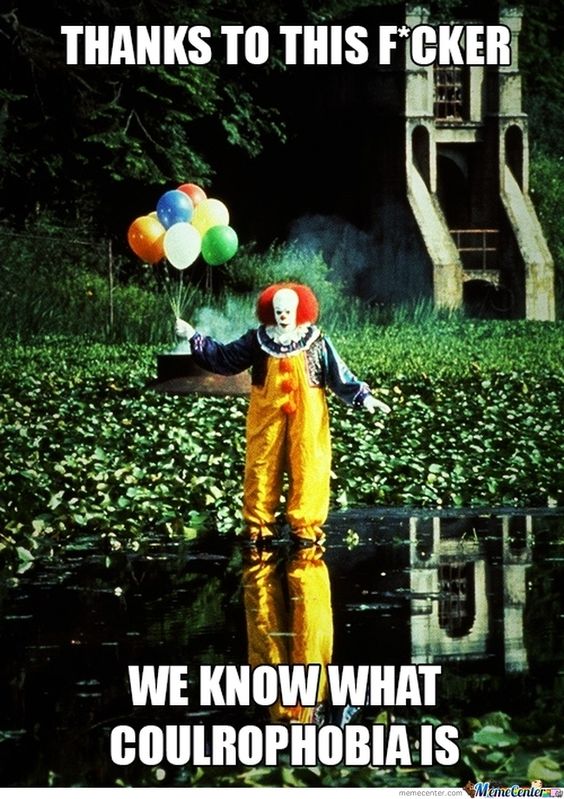 I’ll fight anyone who says different. People can pick apart the original movie all they want—overblown acting, hokey special effects, awkward transitions between childhood and adulthood for the Losers Club, and a disappointing ending. I’ll give you the ending, though, hell, even Curry himself said it was a letdown. As far as all the other criticism the movie takes, I simply have one thing to say—Tim Curry. There is a reason that the 1990 made for TV version of IT has stood the test of time and is known as an iconic horror movie some 20 years later. Muh dudes, Tim Curry’s portrayal of Pennywise the Dancing Clown is one of the most chilling and disturbing experiences for a lot of people. Curry basically took a clown persona (like that of what you would see at any average circus performance) and made it menacing—alluring and repulsive at the same time. And this is not to take anything away from Skarsgard’s version (which centralized more so around the alienesque nuances than that of a clown straight outta the circus tent). Yes, Curry has the corny one-liners and the buffoonery–but beyond that is one evil bitch. Skarsgard has the menacing-looking-through-my-eyelids stare down, I’ll give him that, but–BUT as a clown, he does not terrify me. (I mean, just look at the goddamn above images of them both standing in the field or whatever. That’s all the proof you need.) Therefore, Curry wins as the baddest of the baddest fucking clown in Derry town.

Yep—you guessed it—a double feature is happening tonight. Don’t pretend like you’re bummed about it either.

Nothing! Because we’re all too terrified to eat! But, if you’re not a huge wimp like me, here are some food options.

In the meantime, prepare the icing:

* I used a dye in the form of a gel/paste in a Wilton mug, color: red. 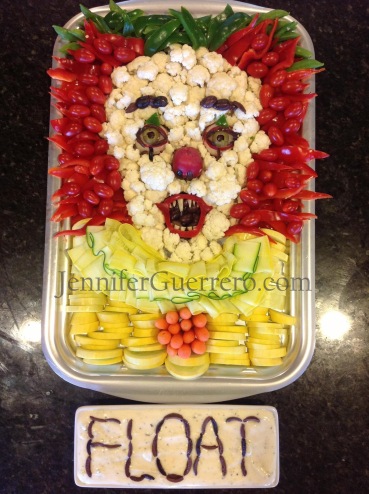 This one is a wee bit time consuming to prep and put together, for sure. But, this stellar presentation is too good to pass up. I pretty much kept the format for the recipe as Jennifer Guerrero had it laid out. It really is easy to follow.

For the dip, I made float out of Kalamata olive slices. They float really well. My dip is ranch, but since this is the old-school Pennywise, it would be heeelarious to make a Curry dip for Tim Curry.

As with many of my kiddo-friendly bevvies, this can easily be transformed into an adult cocktail. I mean, vodka pretty much goes with anything. 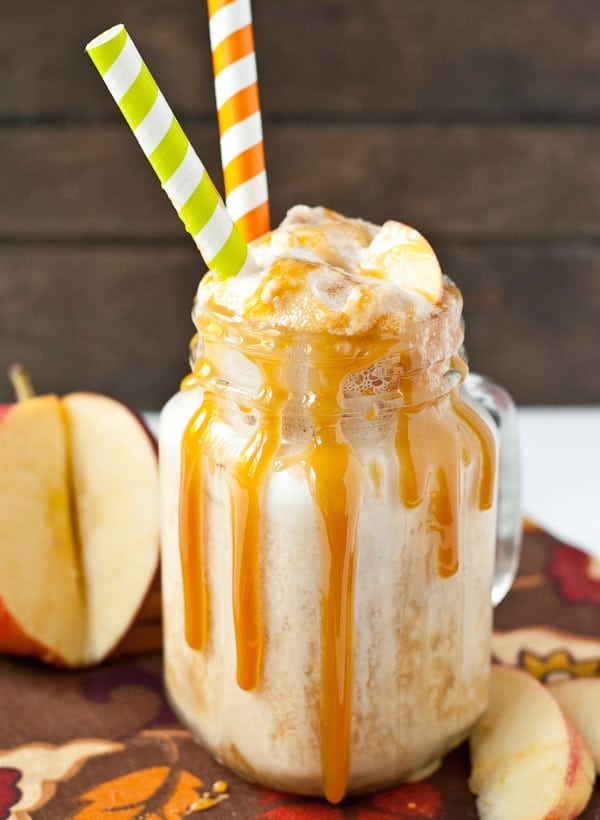 This post’s featured image is brought to you by the wickedly cool Skyler. Her favorite Halloween movie is Hocus Pocus (honestly, it is the quintessential Halloween movie–sooooo good!) and her favorite Halloween song is “This is Halloween.” This is my absolute favorite too which is why I’m gonna play it for you right now. Well, I’m going to provide a link to it, but it’s up to you to hit the damn play button. Do it. Now. 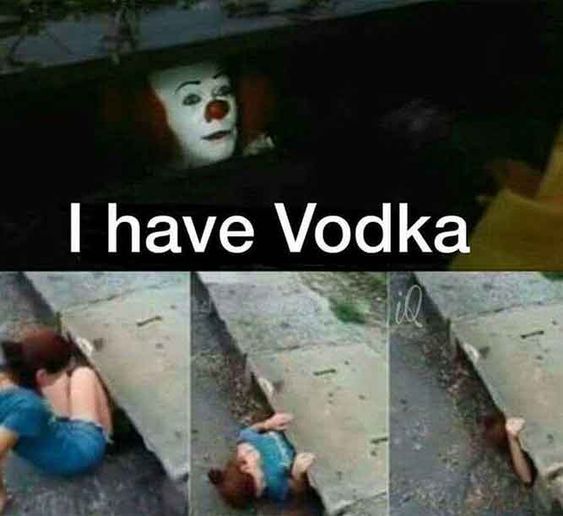