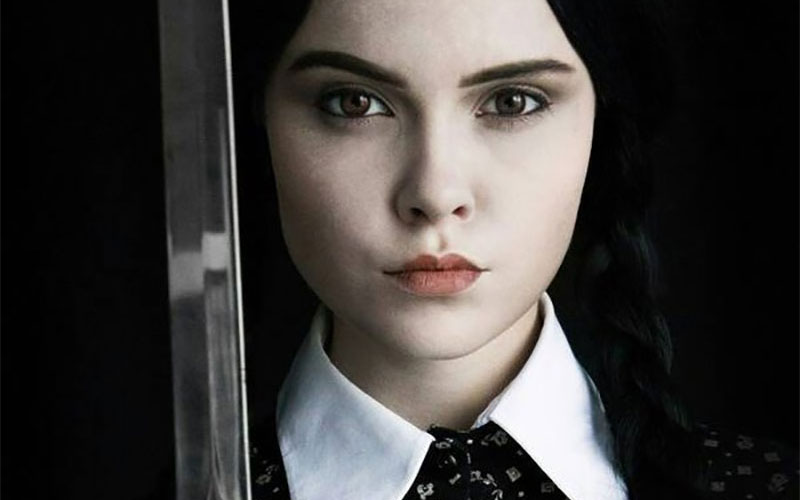 There is something about the “Addams Family” TV series that I simply can’t get enough of. I can go for long periods of time without watching it, yet, when I come back to watch an episode or two, it’s like catching up with an old friend.

This blissfully macabre family dynamic and offbeat humor definitely speak to the creepy girl within, because as soon as I hit “play” I’m lost in their black and white world of the mysterious and ooky.

I like to have movie nights with the g-daughters and every so often they request watching the “Addams Family,” and I am thrilled to comply. So, for today’s 13 days of Halloween, my fam and I are having a Sunday Funday with the Addams Family.

This song comes from the new animated movie. I’m soooooo diggin’ it!

So, for today’s cool shizz, I’m going to share some of my favorite Wednesdays. In no particular order. Now, for some of you that like to point out the obvious like: “Why would you share your favorite Wednesdays on a Sunday? You should post this on a Wednesday; it makes more sense.” Okay, first off, who the hell told you I’m the type of person that “makes sense?” It’s Sunday Funday—not Wednesday Funday. If anything were to not make sense, it’s that!

Hands down Lisa Loring and Christina Ricci are the best of the baddest Wednesdays, and this video totally backs up my claim. And don’t even think about not pushing play because you couldn’t possibly commit to watching something for over 6 minutes! Trust me, it’s worth every second.

If you’re still on the fence as to whether you’re going to totally love the newest version of Wednesday Addams, can’t say that I blame you! There have been some bad (and not in a good way) versions. However, this makeup tutorial should seal the deal in the winning you over department.

So, this “Adult Wednesday Addams” (as performed by Melissa Hunter) is knee-slapping in its truth. Muh dudes, this IS Wednesday—she just grew bigger. I’m telling you, this girl won me over the moment she struck a mighty blow to her growling satchel. It’s a fucking shame that YouTube took down the episodes from her page due to copyright shizz. I’m glad she’s fighting it. YouTube should have hired her instead of “fired” her. She’s damn good.

YouTube may have removed the episodes from her page but they’re still out there, circulating and bringing joy to the dark and twisty populace. Click here and enjoy. 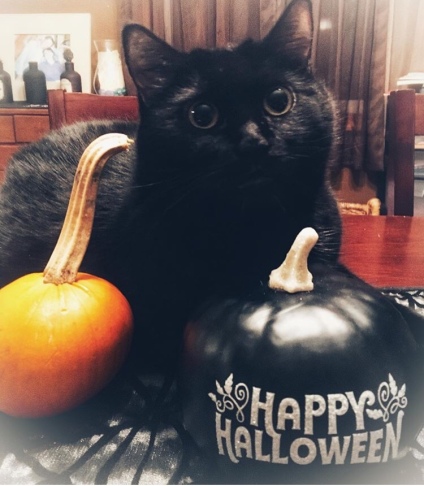 This is my Wednesday. She’s such a good little black kitty. (Gotta love those crazy eyes)

It’s Sunday Funday so we’re doing one better. Instead of watching a movie, we’re binge-watching the original TV series. The first 2 seasons are included for Amazon Prime members–FYI. Here’s a scene from season 1-episode1, “The Addams Family Goes to School.”

Best show EVAH!  I mean, how can you not love this show? If you have an answer to that question that is anything other than—You can’t—leave. Now!

For this Sunday Funday, we’re doing breakfast for dinner (one of my fave things to do). And hold on to your napkins; it could get gross!

1. Healthy intestinal flora is the key to good health, so mix a tablespoon of yeast with a tablespoon of brown sugar to feed it then resuscitate our sleeping workers with 2 ½ cups of water heated to 105-110 F. Whisk it all together until the yeast cheerfully dissolves into its warm bath. Let it celebrate this new life for about 10 minutes. When the bowl looks like the aftermath of bubble bath poured into sludge, we’re ready for the next stage.

2. Halfheartedly mix in the salt, red food coloring, and vanilla extract. The really interesting part comes from dumping in the entire box of cake mix and all of the flour. Keep stirring until the odd dank mess transforms into a dough, then attach the torturous looking dough hook to your stand mixer and let it rip and knead the red flesh for 6-8 minutes until it becomes a smooth and glossy dough. If you prefer, you can always use your hands for 8-10 minutes.

3. Form the dough into a ball and hide it from the world for an hour. When you return, it should have grown to twice its size.
Take the wind out of it with a single punch. While it’s recovering, spread your largest clean counter with a bit of flour. You’re going to roll the entire wad of dough out until it’s about 18×24 inches.

4. It seems to clean and dry. Mix your melted butter with brown sugar, white sugar, and cinnamon until it looks like dirty gravel. Smear the mix over your entire dough. You should end up with a pastry that looks like it has a bad case of road rash.

5. Roll the entire thing along its long side so instead of a big rectangle of gravelly skin you now have a suspicious tube. Cut the entire tube into 2 inch wide slices.

Now for the fun part. Gently unravel one of the rolls and loop it along the top of your large pan. You want to create the look of descending intestines with their natural whirls and dead ends and odd passages, so create little bunches of wavy lines in some places, an awkward circle in others, and lots of back and forth across the width of the pan.

1. You don’t want to pack it in there too tightly. These still need to rise for another hour before they bake. It’s alright if you can see a few gaps down to the bottom of the pan. Just cover it up and wait for another hour. When you come back, the guts will be bursting out.

2. Pop them into a 350 F oven for 24-28 minutes. The flesh will darken and the highest edges will brown slightly, which only adds to the effect.

3. While the guts bake, create your glaze by whisking together the melted butter, vanilla, salt, powdered sugar, and 2-3 tbsp of milk, depending on how thick you like it. The thicker the glaze, the more it obscures the beautiful red intestines you’ve just worked to create. You can always make extra as a dipping sauce if people prefer their guts extra gooey.

As you can see, this is a great recipe with clever commentary. I’ll be sharing more from The Kitchen Overlord again—fo’ sho’!

1. In a large measuring cup or bowl, whisk together 1 cup of the milk and the cornstarch until it dissolves. Set aside.

2. In a medium-sized saucepan, whisk together remaining milk, sugar, and cocoas. Over medium-high heat bring to a simmer, stirring constantly to prevent scorching.

3. Using a thin stream, slowly whisk in milk cornstarch mixture. Bring to a low simmer and cook while stirring constantly until thickened. Remove from heat stir in and vanilla.

4. Stir to cool slightly. Pour into cups and serve with a spoonful of cream and garnish with marshmallow ghosts.

I’ve decided to share a look at the new animated Addams Family movie. Now, when the buzz about this movie first came on the scene, I was super skeptical. Not to mention the fact that I was pretty damn disappointed in how they’re portraying Gomez. I mean, dudes, he looks like a buffoon! Anywho, one day my daughter said—“Mom, ya gotta watch the trailer to the movie. It’s too funny!” So, I did. And it won me fucking over! Here’s the trailer I watched.

The pink unicorn barrette—Morticia flushed with anger—the bat that flies to her neck. Good times. Go see it; we are.

2 thoughts on “Sunday Funday with the Addams Family”