So, today’s themed-day in the 13 is Beetlejuice. ‘Bout time, right? I know. I know. And since it’s Tim Burton day over on the Freeform channel (where they do the 13 Nights of Halloween), I thought, what better time. There are so many little things about this whole movie that I still find, to this day, enjoyable. For a while there, I was pretty sure that the Lydia Deetz character was based on me: “I, myself, am strange and unusual.” Nailed it! Anywho, for years now the rumors have been flying about a Beetlejuice sequel, however, the people shoveling this shit must be scoopin’ from the same shit pile that the Hocus Pocus sequel rumors are being dug up. Speculate all you want, but the most recent article I found on the matter says, “Nah.” (Insert tantrum here.) Let’s get started.

Now, that’s a good time–amiright? This song was a fave karaoke song of mine, back in the day, and I would always act out the “black tarantula” line Beetlejuice-style. 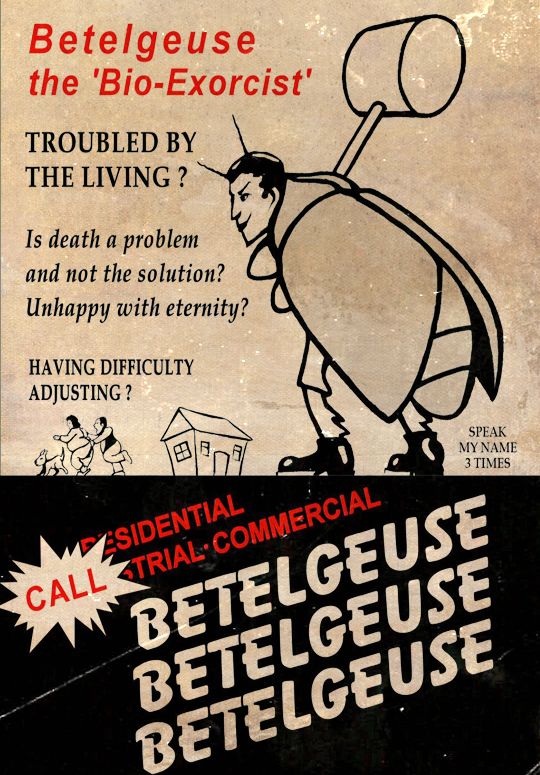 FACT: Juliette Lewis was almost Lydia instead of Winona Ryder! Delia Deetz (Catherine O’Hara) was almost played by Anjelica Huston! Even though the movie is called “Beetlejuice,” the character only has 17 minutes of screen time out of a 92-minute running time. Keaton spent two weeks filming his part. 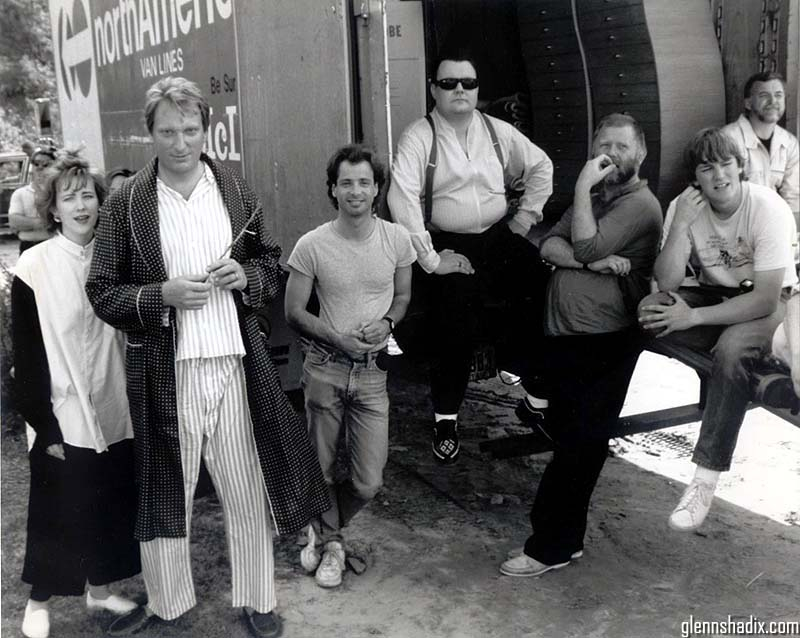 FACT: According to Michael Keaton, the Beetlejuice character was described to him by director Tim Burton as “having lived in every time period but no time period.” Keaton used this as the jumping-off point to create the character with such features as a shock hairdo, mold makeup, and large teeth. He said that when he first showed up to the set as Beetlejuice the crew was chanting, “Juice, Juice, Juice.” This got Keaton excited for his role. 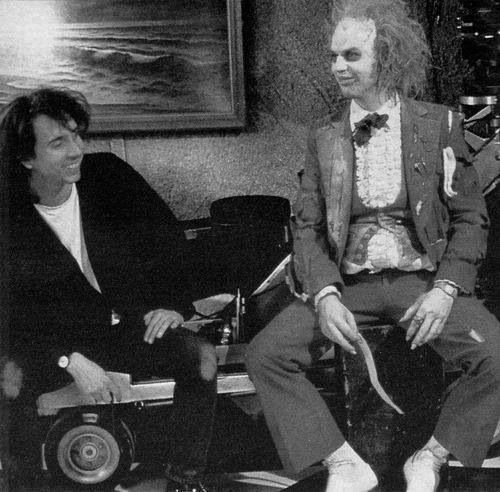 FACT: Tim Burton’s original musical choice was a song by doo-wop singers The Ink Spots, but Catherine O’Hara convinced him that a calypso song would bring more energy to the scene. Actor Jeffrey Jones was the one to suggest the Belafonte song, and the cast spent five days filming the choreographed number. 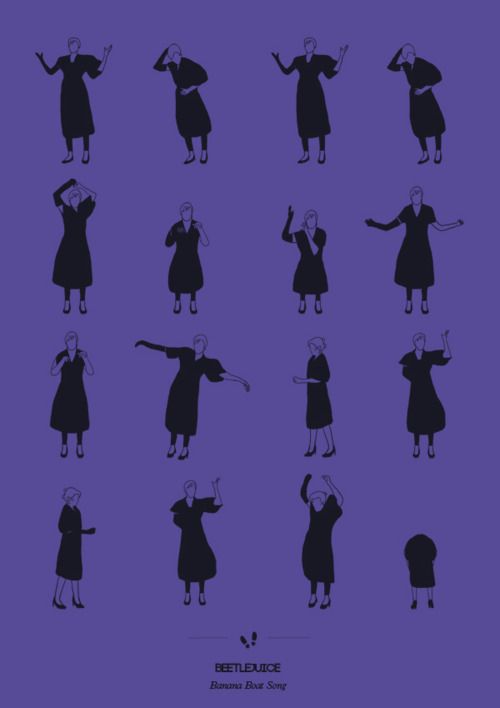 Seriously, This has got to be one of the best scenes from the movie. Michael Keaton is just–pow, pa-pow, pow! Apparently, Keaton ad-libbed a lot of this scene. For instance, some of the credentials given, including being a graduate of the Harvard Business School, attending Julliard, and extensive traveling are all factual achievements of Michael Keaton.

For tonight’s menu, I’ve thrown together some fun stuff that kind of meshes well–I guess. The only thing that might seem a titch out of place is the shrimp cocktail. But dammit–it’s Beetlejuice, for feck’s sake–we gotta have shrimp cocktail! Anywho, here are the recipes. Good luck–err, I mean–enjoy. 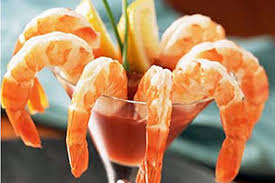 Snakes (AKA sandworms) and Soup

So, I’d follow the recipe and directions above, however, I would shape my snakes to look like sandworms from the movie. I’d also use black food coloring to paint on the stripes and eyes (nix the cloves). Also, make whatevs soup you like; it does not have to be tomato soup.

Aren’t these the shit? So, there’s no link to a recipe or anything like that, but I’m going to break it down for you.

If my instructions don’t make a lot of sense and you’re having trouble, then I don’t know what the hell to tell you. Maybe find a bakery?