So, today is St. Patrick’s Day, and in honor of the occasion, I thought I would do an Irish-themed 13 Days. Ireland has a fascinating history and mythology; it also has no shortage of chilling ghost stories. During one of my visits to Iowa (my fave place away from home to be) last year, I bought a book of Irish ghost stories (you can find it here). It was a frightfully good read, to say the least! There’s just something about a good Irish ghost story that I love, and today, I decided to share that love with you. So in this post, I will feature a few of Ireland’s finer (and freakier) mythical creatures, a fine Irish ditty, a movie that I believe you’ll be pleasantly surprised and freaked out by, and a few other surprises along the way. Also, the entire post has a smattering of bonus links so that if you so choose, you can explore each topic further. Let’s get started. This is a great song. Love the lyrics. Love the music. And the video is like a little play. Plus, they’re singin’ about whiskey–simply can’t go wrong. Sláinte!

Here is my pick on 3 of Ireland’s mythical creatures that, if encountered, are guaranteed to scare the bejeezus outta you.

Banshee (woman of the fairy mound)

According to Irish mythology, the Banshee heralds the impending death of a family member by keening loudly. She can appear as a frightful, old hag or a young, beautiful woman if she chooses. Rest easy, for Irish legend tells us that only those of families having pure Irish blood will hear the Banshee shrieks. Whew! For your viewing pleasure: Ghost Finders “The Banshee“.

So although variations of these mythical creatures can be found in other cultures, they are primarily of Celtic folklore. These shapeshifters have been known to take the shape of black horses, goats, and rabbits. They have been described as being both malevolent or benevolent in nature. I remember hearing a story once about a man walking a trail alone late at night and encountering a large, black horse. The horse offered the man a ride and the man accepted. But once the man was on the horse’s back, the horse took off in a different direction than the one given by the man. Once the man was many, many miles from where they started, the horse abruptly stopped his break-kneck pace and tossed the man from his back, and disappeared. Good times.

This guy was an actual Irish Chieftan, known for being a brutal warlord who was feared by his people. In some versions of the lore, it is said that he would rise from the dead and drink the blood of his victims. Yet other versions say he is one of the walking dead. As a matter of fact, it has been frequently claimed that Brom Stoker actually based the vampire in his novel Dracula after this guy–not Vlad the Impaler. See, I didn’t know any of this. I had actually never heard of Abartach until I started researching for this post. That’s right, I’ll admit it!! Until this very day, I knew nothing of this dude or the fact that Bram Stoker was Irish. Kind of embarrassing since I’m both Irish and an enthusiast of vampiric lore. Sorry . . .

So for today’s movie pick, I decided to forgo the obvious gore fests (insert any of the Leprechaun movies here) and keep with today’s theme of Irish ghost stories. I rate the quality of a scary movie I’m watching by how many times I catch myself doing this and/or this. Now, if a movie has me doing this–Winner, winner, I’m a big chicken dinner! And this one delivers–big time. It not only has all the elements of a great thriller (spooky tension and yikes!) but it’s also a great Gothic love story, which I feel enhances a good ghost story.

For tonight’s dinner, beverage, and dessert, I’m laying out some fine Irish fare. Don’t chew my ass about how this isn’t one of my typical Halloween-themed dinners, either. Any day you get to munch on some delish Irish food is a damn good day. Spook it up if it bothers you overly. Otherwise–eat up and cheers! I also didn’t include a dessert with this menu because, well, that Tipsy Leprechaun you’ll be enjoyin’ serves a dual purpose. And yes, everything’s made with Guinness because its feckin’ good!

This is sooo good, of course, I don’t include the onion (blech). 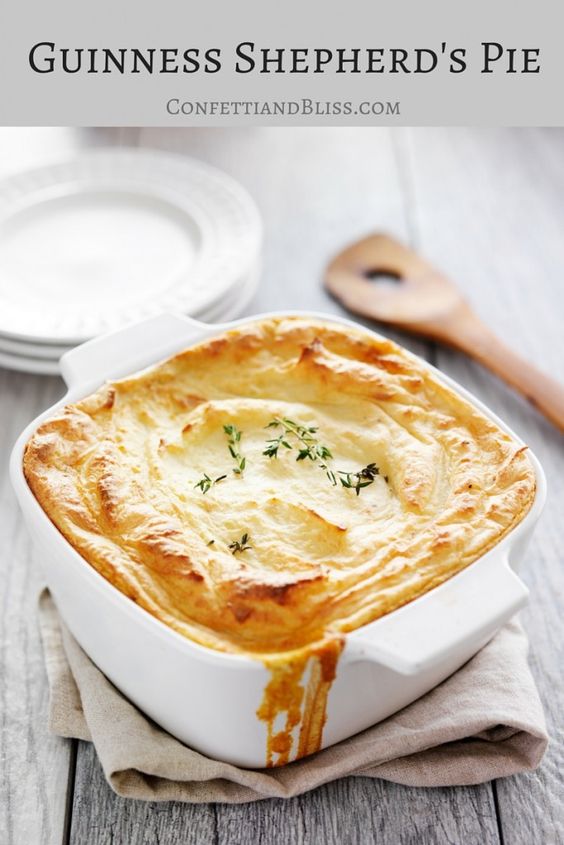 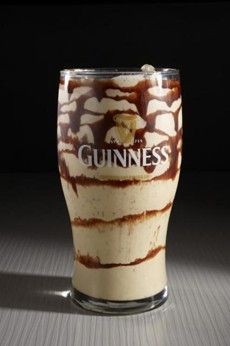 Since this blog is in fact about Halloween, and all things creepy, here’s a bonus for you: A tutorial showing you how to re-create the Banshee make-up for this post’s featured image. Enjoy.

One thought on “When Irish Eyes are Glowing: a Haunted day in the 13”