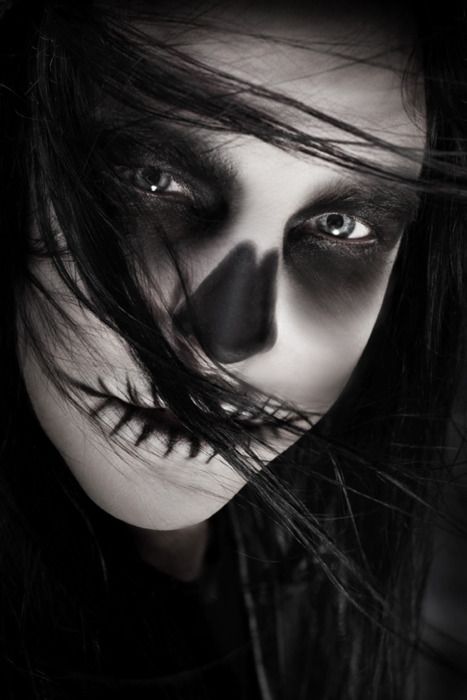 One of the absolute best things about Halloween is deciding who you are going to dress up as. For die-hards, like me, this can mean months of contemplation and planning that involves sketching, choice of fabrics, re-imagining, etc. No off-the-rack costumes done here. For this reason, I have created the “Who wore it Scarier” category. Here, I will pit popular costume choices, and the characters who made them famous, against each other in a frightful showdown.

1. Taking the top 3 costumes of both (according to overall sales) from BuyCostumes.com’s Top 10 Villain and Villainess list (2014).

2. Must have a character remake/re-imagining that is equal in popularity to its original. Before he became the Winter Solider, James “Bucky” Buchanan was Captain America’s BFF and costumed, freedom fighting partner. After a tragic accident in which Captain America believed his BFF had died, Bucky was in fact programmed to be a bad ass Soviet assassin for Department X, and became the Winter Soldier–ruthless and efficient. When not on missions, he remains in cryogenic stasis, thus retaining his youthful good looks. Whether it be the comic version or the movie version, this villainous perfection definitely lives up to his ruthless reputation. 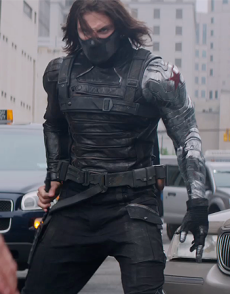 #2 Costume–The Wicked Witch of the West

The Wicked Witch of the West–does one get any witchier than her? She’s got the conical hat, the nose, the chin . . . wart, gnarly fingers, and she’s a lovely (ahem) shade of green. And how ’bout those flying monkeys? I blame these furry, flying minions for my extreme dislike of monkeys–well–them and Curious George. I mean, look at him! He’s not curious . . . he’s disturbing! He’s not going to make friends with that bunny; he’s going to eat it. Any who, this epic showdown over a pilfered pair of ruby slippers does not end well for our cackling villainess. But whether flying through the air on her broomstick or aggressively pedaling a bicycle to a destination unknown, people love to hate her–and dress up like her.

Although this version of the Wicked Witch of the West is also green-skinned and sporting a conical hat, she does not sport a pointy chin, wart, or hawkish nose. But what Idina Menzel lacks in facial hair, she more than makes up for with one helluva set of pipes. Wicked is a more mature, slightly darker version of The Wizard of Oz and centers around Elphaba (Wicked Witch), a social outcast and tortured soul. Dorothy is still a part of this version but its not told from her perspective. Here we get to see her pre-witch, eventual “decent into wickedness” and inevitable demise. So even though I am not a huge fan of musicals ( I find people spontaneously bursting into song for no good reason annoying.), I can’t help but be caught up in all things Wicked. I also can’t help but to root for Elphaba. There’s just something about a sister dressed all in black and sporting a black hat that brings out the solidarity in me.

Whether you choose to be the original Wicked Witched or the Broadway version, turning yourself green can be super tricky. This is good. This, however,  is bad.  Here’s Idina getting Wicked:

Well, I know I have my favorites–do you? 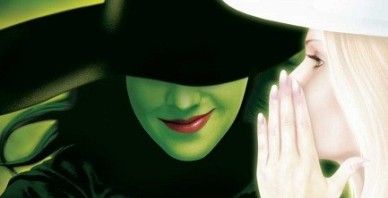 One thought on “Who Wore it Scarier? Villains and Villainesses, Part 2”